Apple, as one of the most famous tech companies in the world, has already become a kind of social phenomenon in today』s world. Every day, there are people who do close research into Apple』s products and reveal the appearance of the latest iPhone7. While some people are still analyzing the change in Apple』s revenue, others are bold enough to suggest that Apple is going downhill.
Yet, nobody can tell exactly when will Apple fall from the throne. The only thing they can say for sure is that the day will after all come some day in the future. When statistics suggest that the sales of iPhone6S didn』t live up to Apple』s expectation, many so-called 「experts」 dug into some random articles and boasted that they predicted so long ago. However, they know it clearly that they are merely guessing, at most.
In 2014, Apple outperformed Samsung by releasing the large screen iPhone6 and iPhone6 Plus. Of course, Samsung might still win over Apple in terms of sales of one or two models, but nobody would believe that Samsung would be able to compete with Apple anymore. After all, Samsung has failed several times in all the key rounds of competition. Today, Apple grabbed 92%of the total revenue in the smartphone industry. At the same time, Android-based smartphones gradually gain the upper hand, while other smartphone brands, such as Smartisan, turned out in failure.
Indeed, Apple encountered some difficulties in 2015 and didn』t make another miracle with its latest model iPhone6S, which let down the entire supply chain. Apple itself is the first to bear the brunt, and its market value dropped by 40 billion USD, almost the total market value of Xiaomi, within ten days.
As a matter of fact, Apple is a light asset company, and all it needs to do is bring out the most brilliant design, send some on-site inspectors and let its suppliers do the rest of work. These suppliers, however, are both excited and stressful: they are excited because Apple』s orders are commonly of large size, while they are stressful because Apple』s order far exceeds their capacity. To address the huge order, some suppliers enhanced their capacity by recruiting new employees, establishing new factories, purchasing new equipment, etc., while dreaming that they could make a fortune with the huge order.
In general, medium-sized suppliers have to be very bold to accept Apple』s order. Actually, those who survived as Apple』s suppliers are usually of huge capacity, those who can manufacture high-quality products and catch up with Apple』s pace. Even when Apple makes mistakes, they will have to stay intact and even bear the burden for Apple. In the face of the poor sales of iPhone6S, who is going to fall first, and who』s going to seize the opportunity and stand out?

WHAT IMPACTS WILL APPLE』S MISTAKES HAVE ON ITS SUPPLIERS?

According to Nihon Keizai Shimbun, Apple has cut down its order of iPhone6s and iPhone6s Plus by 30%. This figure might exaggerate a little bit, but reasonable when it just sold 15 million iPhone throughout December, which should have been the craziest shopping month in the west. In consequence, Apple』s revenue only rose by 4% in Q4, 2015. As a light asset company, Apple didn』t suffer much from the declining sales. Its suppliers, however, ran into a great problem when the production line stopped running.
When Apple cut down it order, its entire supply chain suffered. For example, although TSMC won the bid for Apple』s A9 chips and got ready to have a big go at it by setting up several production lines, it turned out that only half of its production line were in work, and it』s losing money hour by hour. What a pity!
Moreover, manufacturers of Sharp and LG』s screens, Sony』s picture sensors, protective films, etc. are all in huge debt due to the shrinking iPhone6s order from Apple. Pegatron and Foxconn, two largest installing, testing and packaging partners of Apple, however, suffered the most, since before Apple cut its orders, they have already prepared necessary materials from the upstream supply chain. In addition, since they are both labor-intensive factories, it could a huge headache for them to govern the large number of idle employees.
Generally, Pegatron would increase ovetime working to speed up the normal loss of its employees. However, nobody was willing to leave near the Spring Festival since they all counted for the year-end bonus. When employees are busy working, they have no time complaining and organizing gatherings; when they have no work to do, their complaints over the repetition of their work and inappropriate management increased. So Pegatron not only has to pay its employees, but also soothe them.
To cope with this problem, both Pegatron and Foxconn are planning to give a long day-off for their employees, though they are not sure if these employees are willing to come back again after a long holiday.

HOW COULD CHINESE SUPPLIERS SURVIVE?

As a traditional Chinese saying goes, you shouldn』t put all the eggs in one basket. As I have mentioned above, Apple, however, is doing the opposite, and placing so huge orders for its suppliers. To some degree, they are forcing its suppliers to sign a 「life or death contract「, since if Apple succeeds, they will also make a fortune; but if Apple fails, they will also go bankrupt.
Generally, these two kinds of suppliers tend to stop their cooperation halfway: those who fail to meet the basic requirements of Apple, and those who go bankrupt because they meet the huge demand for productivity from Apple, or who collapse due to ill control of efficiency and quality.
In this sense, those who survived must be very potent.
Samsung and Sharp survived because they grasp advanced technologies. This is especially true for Samsung: when Apple cut down its order, Samsung is able to transfer its production line and start to manufacture its own Galaxy. Samsung is able to stay intact based on its strength in R&D, innovation, and other capacities even if Apple completely withdrew its order. As we can see from Samsung』s example, Chinese suppliers have to enhance their technology to be more competitive.
For downstream suppliers, however, a good management of the supply chain, a good relationship with local governments, are the determining factors of whether they could survive or not.
Let me take Pegatron for an example: Although Pegatron is always in the shadow of Foxconn, it manages to survive because it』s able to manage the supply chain, while Apple is also looking for a second supplier besides Foxconn.
However, Foxconn survived because it introduced a zero-storage system to its production line, and maintained a good relationship with local Chinese governments. That』s why local governments are willing to provide unemployment bonus for employees in Foxconn』s factories when other factories are going bankrupt one after another.
In the face of the shrinking orders from Apple, Chinese suppliers have to obtain at least one 「asset」 to cope with such obstacle, whether it』s advanced technology, good management or good relationship with local governments. If they survive after this round of test, they will certainly stand out stronger afterwards. When the next generation of iPhone cams out, the golden days for these suppliers who manage to survive will come sooner or later.
(Like our Facebook page and follow us now on Twitter @tmtpostenglish, Medium @TMTpost and on Instagram @tmtpost_english.)
[The article is published and edited with authorization from the author @Constantine, please note source and hyperlink when reproduce.]

Translated by Levin Feng (Senior Translator at PAGE TO PAGE), working for TMTpost. 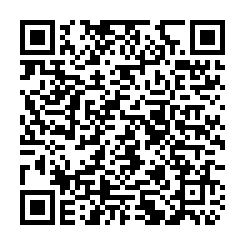