Top Citi
analyst Tom Fitzpatrick’s team sent King World News three extraordinary gold
charts illustrating why gold is headed for a massive $2,000+ gain from current
levels.  KWN is pleased to share this information with with our global
readers.  Below is what top Citi analyst Fitzpatrick’s team had to say
along with three very powerful charts.

Fitzpatrick’s Team:  “On a medium-to-long-term basis we remain very
bullish on Gold.  However, it remains too early to call this correction
lower as over, and we still believe that a lower low close to $1,260 can be
seen.  If so, we suspect that will be a platform for a much higher move in
the months and indeed years ahead.  The Equity market may also be
instrumental in this story.

“Why did we reduce our expectations?  While the reasons for Gold going up
are (in our view) as strong if not stronger than that period (hard currency),
the final move in that trend was “event driven.”  On December 27, 1979 the
Soviet Union invaded Afghanistan and the Gold price surged from the
pre-Christmas level of $473 to a peak of $850 by January 21, 1980.

Within this
(1970s) bull market, Gold had a severe correction in 1975-1976 as the Equity
market recovered back towards the 1973-1974 pre-crash peak.  This time we
have managed to overcome the 2007 peak but it has taken twice as long and has
needed zero interest rates, multiple QEs and trillion $ deficits.  Is that
a better or worse performance than the 70’s????

When the
Equity market ultimately peaked and corrected lower by over 20% in about 18
months, Gold “took off.”  So the present correction in Gold, even if we
fall towards $1,260, would be shallower than that seen in 1975-1976 and take
longer (20 months so far).

Then there is
the chart below....

King World
News note:  Please notice how gold normally tracks the purple debt
staircase, and where the price of gold is today vs the debt limit.

A chart using the Fed balance sheet or the ECB balance sheet for that matter
would look similar.  The chart is about the attempt to inflate and reflate
through central bank and Government balance sheet expansion, i.e. money
printing through inappropriate monetary and fiscal stimulus.  Monetary
debasement of paper money.

As can be seen
from the chart above, Gold has never stayed below that “stairway to hell” for
very long.  Given that the debt limit number is going to continue higher,
a re-emergence of Gold strength looks inevitable.  A lot of “considered
opinion” suggests that by the end of the present electoral term (end of 2016
when new presidential elections take place), that the US debt limit will be at
around $22 trillion USD.

Amazingly, this suggests that if the debt limit is at that level in late 2016
and Gold continues to track its path, then the Gold price would stand somewhere
in the region of $3,400-$3,500 in just over 3 years time.  This fits with
both our long-term target for 2016, as well as the extrapolation of the
2008-2011 dynamic.” 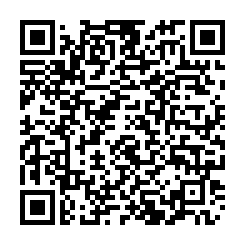